In fluid dynamics, vortex-induced vibrations (VIV) are motions induced on bodies interacting with an external fluid flow, produced by – or the motion producing – periodical irregularities on this flow.
A classical example is the VIV of an underwater cylinder. You can see how this happens by putting a cylinder into the water (a swimming-pool or even a bucket) and moving it through the water in the direction perpendicular to its axis. Since real fluids always present some viscosity, the flow around the cylinder will be slowed down while in contact with its surface, forming the so called boundary layer. At some point, however, this boundary layer can separate from the body because of its excessive curvature. Vortices are then formed changing the pressure distribution along the surface. When the vortices are not formed symmetrically around the body (with respect to its midplane), different lift forces develop on each side of the body, thus leading to motion transverse to the flow. This motion changes the nature of the vortex formation in such a way as to lead to a limited motion amplitude (differently, then, from what would be expected in a typical case of resonance).
VIV manifests itself on many different branches of engineering, from cables to heat exchanger tube arrays. It is also a major consideration in the design of ocean structures. Thus study of VIV is a part of a number of disciplines, incorporating fluid mechanics, structural mechanics, vibrations, computational fluid dynamics (CFD), acoustics, statistics, and smart materials.

Pipelines at the bottom of the sea are susceptible to ocean currents. Even relatively calm currents can induce turbulences in the wake of the pipeline, which results in the pipeline to start 'dancing'. Pipe vibrations can trigger fatigue, with catastrophic fracture as a result. Consequently, when designing submarine pipelines, caution is being paid to avoid such vibrations. Our research engineers use powerful software to predict submarine pipeline stability.

Even relatively calm currents can induce turbulences in the wake of the pipeline, resulting in pipeline oscillations. The pipeline vibrations can trigger fatigue, causing accelerated damage. Since fatigue damage can give rise to complete fracture with catastrophic consequences, extreme caution is being paid in order to avoid such vibrations when designing submarine pipelines. Flow patterns around submarine pipelines greatly depend on the velocity of the sea currents and on the tube diameter. When the current becomes too strong, turbulences show up in the wake of the pipeline. This vortex shedding exerts an alternating force on the pipeline. Consequently, the pipeline is being subjected to cyclic loading. The pipeline starts to dance, following a characteristic ‘number-eight’ path. Under cyclic loading, the pipe is being exposed to fatigue, which could cause the pipe to fail under surprisingly modest stresses. 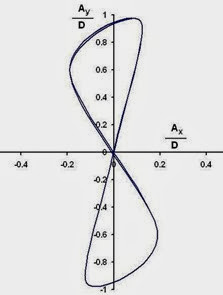 Much progress has been made during the past decade, both numerically and experimentally, toward the understanding of the kinematics (dynamics) of VIV, albeit in the low-Reynolds number regime. The fundamental reason for this is that VIV is not a small perturbation superimposed on a mean steady motion. It is an inherently nonlinear, self-governed or self-regulated, multi-degree-of-freedom phenomenon. It presents unsteady flow characteristics manifested by the existence of two unsteady shear layers and large-scale structures.
There is much that is known and understood and much that remains in the empirical/descriptive realm of knowledge: what is the dominant response frequency, the range of normalized velocity, the variation of the phase angle (by which the force leads the displacement), and the response amplitude in the synchronization range as a function of the controlling and influencing parameters? Industrial applications highlight our inability to predict the dynamic response of fluid–structure interactions. They continue to require the input of the in-phase and out-of-phase components of the lift coefficients (or the transverse force), in-line drag coefficients, correlation lengths, damping coefficients, relative roughness, shear, waves, and currents, among other governing and influencing parameters, and thus also require the input of relatively large safety factors. Fundamental studies as well as large-scale experiments (when these results are disseminated in the open literature) will provide the necessary understanding for the quantification of the relationships between the response of a structure and the governing and influencing parameters.
It cannot be emphasized strongly enough that the current state of the laboratory art concerns the interaction of a rigid body (mostly and most importantly for a circular cylinder) whose degrees of freedom have been reduced from six to often one (i.e., transverse motion) with a three-dimensional separated flow, dominated by large-scale vortical structures.