Oil and gas pipeline routes are pivotal pieces of information upon which pipeline engineering depends. The route will define the pipeline size, terrain, soils, and engineering analysis requirements. Engineering assessment based upon agreed alignment selection criteria is an important part of a linear project. To be able to reach the best construction line and optimise its components, the phases – namely corridor, route, alignment, and construction line selection — should be studied in the given order. 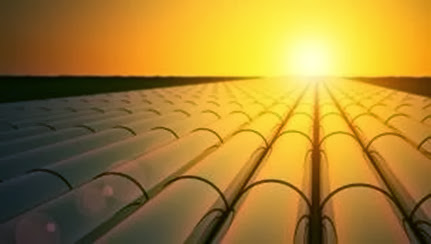 Selecting the optimum route does not end with geotechnical challenges, as it also requires interactive coordination between the owner, the engineer, the regulator, the landowners, the construction contractor and a multitude of other project stakeholders and interested parties.
In North America, pipeline route selection is driven by regulatory requirements at the federal, state and local levels and involves finding a route that minimizes the impact on the environment and archaeological artefacts and recognises the concerns of the landowners while considering the geotechnical challenges which affect the construction of the pipeline.
In arctic regions like Siberia, the soil conditions are an important consideration where areas of permafrost are interspersed with normal soils. In the permafrost areas, the pipeline will be installed above ground on supports and the depth of the permafrost determines the design of the supports, while in normal soil areas the pipeline is buried in a trench in the conventional manner.
In mountainous terrain, such as in Turkey, geotechnical considerations are a significant aspect of pipeline route selection, as well as environmental and landowner concerns. The pipeline design must address geohazard mitigation for seismic areas and sections of the route which could be subject to landslides.
Geo-political factors can also affect the route selection. Bringing Caspian Sea gas to Europe requires, among other pipelines, a new pipeline in Europe. A northern route requires a longer pipeline routed through environmentally sensitive areas, but this route supports future expansion of the pipeline system’s capacity. A southern route is shorter and reduces environmental concerns, but as this route also involves a marine crossing, the future expansion of the pipeline system is curtailed.

The detailed pipeline route selection is preceded by defining a broad area of search between the two fixed start and end points. That is, possible pipeline corridors. The route can then be filtered with consideration of public safety, pipeline integrity, environmental impact, consequences of escape of fluid, and based on social, economic, technical environmental grounds, constructability, land ownership, access, regulatory requirements and cost.
Economic, technical, environmental and safety considerations should be the primary factors governing the choice of pipeline routes. The shortest route might not be the most suitable, and physical obstacles, environmental constraints and other factors, such as locations of intermediate offtake points to end users along the pipeline route should be considered. Offtake points may dictate mainline routing so as to minimise the need or impact of the offtake lines or spurs.
Many route constraints will have technical solutions (e.g. routing through flood plains), and each will have an associated cost.

Pipeline routing is an iterative process, which starts with a wide ‘corridor of interest’ and then narrows down to a more defined route at each design stage as more data is acquired, to a final ‘right of way’ (ROW). Initially, a number of alternative corridors with widths up to 10 km wide are reviewed. Each project will have its own specific corridor-narrowing process depending on project size and location.
Pipeline corridors should initially be selected to avoid key constraints. The route can then be further refined through an iterative process, involving consultation with stakeholders and landowners and a review of the EIA criteria, to avoid additional identified constraints. The ultimate aim is to achieve an economically and environmentally-feasible route for construction.

The geography of the terrain traversed can generally be divided into surface topography and subterranean geology. Both natural and man-made geographical features can be considered under these two headings.
The principal geographical features which are likely to be encountered and should be taken into account include:

Geo-hazards are widespread phenomena that are influenced by geological and environmental conditions and which involve both long-term and short-term processes. They range in size, magnitude and effect. Many geo-hazards are naturally occurring features and processes (e.g. landslides, debris flow, seismic activity, rock falls, etc.) but there are also many geo-hazards that are caused by anthropogenic processes (e.g. undermining, landfills, engineered fill, chemistry and contamination, etc.), and these too need to be taken into account during the pipeline routing exercise.
Geo-hazards are identified as geological, hydro-geological or geomorphological events that pose an immediate or potential risk that may lead to damage or uncontrolled risk. The type, nature, magnitude, extent and rate of geological processes and hazards directly influence pipeline route selection. Therefore, the process of early-stage terrain evaluation and the identification and assessment of geo-hazards and ground conditions are important as they can lead to extensive cost and time savings in the design and construction of a pipeline.
The process enables the routing of the pipeline through the most suitable terrain, problem areas are identified, serious geo-hazards are avoided, where possible, and risks are minimised and mitigated. In addition, terrain evaluation is undertaken so that the need for expensive remedial measures or site restoration works is limited or prevented and the operability of the pipeline is safeguarded through a proper appreciation of the terrain conditions. By minimizing the risk of damage to the pipeline the risk to human safety is reduced.

Terrain evaluation along the pipeline corridor can be achieved using a variety of low-cost techniques that include satellite imagery and aerial photography interpretation, surface mapping and various other remote sensing techniques. This data can be incorporated, together with historical data on seismic events, geological features, meteorological processes and hydrological data, within a geographic information system (GIS – see below) and detailed terrain and hazard models developed.
Terrain evaluation supports the anticipation, identification and assessment of the physical hazards and constraints within and outside of the pipeline corridor. It is essential that features outside the corridor be evaluated, as hazardous events outside of the corridor may be triggered by construction activity within the corridor and the resultant event may impact upon the pipeline.
The risks associated with geo-hazards or the likelihood of an event occurring and its consequences can be qualitatively and quantitatively assessed using a scoring system or by a quantitative risk assessment (QRA).
Safety of the pipeline is paramount in the routing selection. The extreme effect of a geological hazard on the pipeline is a rupture and it is this event that terrain evaluation and risk analysis seeks to avoid by improving the decision-making progress used in selecting the most appropriate route for the pipeline.

In onshore and pipeline projects alike, the potential for catastrophe is always lurking close at hand to catch the naïve or complacent investor and contractor off-guard. However, when these challenges are successfully addressed, leaving a pipeline system with solid integrity and performance as well as satisfied investors, contractors and communities, projects can be very rewarding, both in financial terms as well as in the esteem accorded to all those involved.
References: “Pipeline Route Selection”. http://www.oilandgastechnology.net/pipeline-news/pipeline-route-selection-%E2%80%93-route-success. January 2014.