Table 1: Advantages and Disadvantages of Using Mastic Adhesives in Pipeline Protection
Copolymer adhesives are commonly used in the pipeline coating industry. They are non-tacky and hard at room temperature but become sticky and soft at high temperatures. They are generally made from semi- crystalline resins or copolymers of polyethylene and polypropylene. Maleic anhydrides are often grafted onto the polyolefin backbone to improve adhesion.
There are advantages and disadvantages of using copolymer adhesives in pipeline protection, which are outlined in Table 2. Copolymer adhesives, as previously mentioned, give outstanding shear and peel values, and can withstand high temperatures. However, they require more complex application procedures; they are higher in costs and have poor cathodic disbondment resistances without an epoxy under layer.

Table 2: Advantages and Disadvantages of Using Copolymer Adhesives in Pipeline Protection
A novel approach was taken in this study by formulating a two-layer pipe coating system through the use of a hybrid adhesive. The hybrid adhesive was made by combining some key raw materials used in mastic adhesives with those used in the copolymer adhesives. The intention was to bring together the desirable qualities of mastic-based and copolymer-based systems while minimizing their disadvantages as shown in Figure 1. In short we were able to incorporate the same crystalline polymers into the rubber matrix, hence increasing the adhesive shear and peel properties while maintaining some of the mastic elastic properties.
The hybrid adhesive was then applied in both laboratory and plant production settings using standard two layer extrusion equipment with minor modifications. After the application of the hybrid adhesive, an HDPE top layer was cross-head extruded. The HDPE was the same material that is normally used for standard two layer or three layer coating systems, having the typical material properties as shown in Table 3. Various materials and performance tests were conducted on both the new hybrid adhesive and the coated pipe samples as per standard AS/NZS 1518:2002 as well as other international pipe coating standards such as CSAZ245.21 and ISO 21809-4.Test data was then compared with typical values from standard 2 Layer Polyethylene (2LPE) and 3 Layer Polyethylene (3LPE) coating systems. 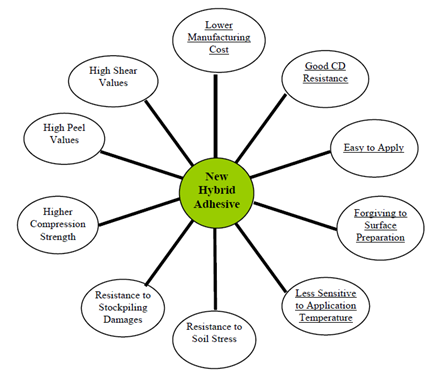 Figure 1: New hybrid adhesive brings together the desirable qualities of mastic-based and copolymer-based systems.
Table 3: Material properties of HDPE used as per AS/NZS 1518:2002

Table 4: Material properties of new hybrid adhesive vs. mastic and copolymer as per AS/NZS 1518:2002
Table 5 shows the performance properties of the new hybrid 2LPE pipe coating versus standard mastic-based 2LPE and standard 3LPE systems as per AS/NZS 1518:2002. It can be seen that the new hybrid 2LPE coating has less of a cut back of adhesive than mastic-based adhesives. It can also be seen that the new coating will have significantly improved flow resistance when exposed to the Australian high ambient temperature and stockpiling weights. The peel test showed the hybrid coating to have much stronger peel strength than the current mastic-based 2LPE.

Extensive testing was conducted at different temperatures to confirm that the new hybrid coating system has adequate shear properties to withstand pipe movement and sigficantly reduce any stockpiling and handling problems in high climate temperatures. As seen in Table 6, the lap shear strengths of the hybrid 2LPE system are significantly higher than that of the current mastic-based 2LPE and similar to those of the copolymer-based 3LPE at 23°C. At 70°C, the hybrid 2LPE exhibited quite similar lap shear strength values that would be otherwise achieved by standard mastic-based 2LPE systems at 23°C.

Two additional types of peel adhesion tests were performed as per CSA Z245.21 and ISO21809-4 standards: the hanging weight peel test and the constant rate of peel (Instron peel test), with the testing results shown in Table 7. For the hanging weight peel test, a pipe coating system was rated as pass if its displacement was less than or equal to 10mm/min. The new hybrid 2LPE system passed the test with 300g, 2000g, 4000g and 5000g weights, while current mastic-based 2LPE would only meet 300g (as required by CSA Z245.21 for this type of coating). With the Instron peel test, the test values as well as the ways in which the systems failed were recorded. There are three modes of failure for a coating system: cohesive (separation occurs within the adhesive layer), adhesive-pipe (separation of adhesive layer completely from the steel surface of the pipe) and adhesive-topcoat (adhesive layer separation from topcoat but remains bonded to pipe). These peel tests showed the hybrid system to have much stronger peel strengths than the current mastic-based 2LPE and to fail cohesively. 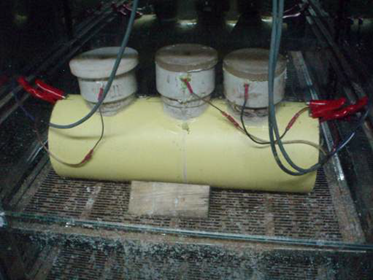 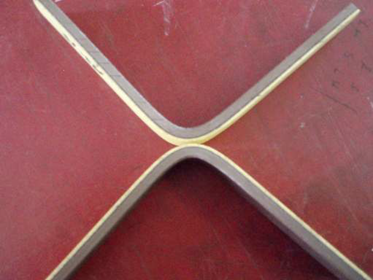 Figure 3 Samples of the new hybrid 2LPE coating after flexibility testing
4. Conclusions
A new two layer coating system has been developed to bring together the desirable qualities of mastic-based and copolymer-based systems while minimizing their disadvantages.
The new hybrid two layer coating system meets and exceeds the materials and performance property requirements of AS/NZS 1518:2002, CSAZ245.21, and ISO 21809-4 standards.
The new two layer coating system has better lap shear strength, peel adhesion strength, and impact resistance for temperatures up to 80°C than the current mastic-based 2LPE coating system and similar to that of the copolymer based 3LPE coating system offered in the North American and Australian markets. At both room temperatures and 65°C, the cathodic disbondment resistances of the new hybrid two layer coating system are comparable to the current mastic based 2LPE products. Short-term cathodic disbondment testing at higher temperatures (70°C and 80°C) also show acceptable results. These results demonstrate that the hybrid adhesive allows the achievement of excellent corrosion resistance and adequate shear properties to withstand pipe movement and eliminates any stockpiling and handling problems in high climate temperatures.
References:
Guan, S., P. Mayes, et. al. 2007. “Advanced Two Layer Polyethylene Coating Technology for Pipeline Protection”. Sydney, Australia.
http://www.brederoshaw.com/non_html/techpapers/BrederoShaw_TP_G_07.pdf
Posted by alberthutama at 22:33